Alex and Nea's father are in a bar having a few drinks and discussing how the demon can make amends for all of the evil he's wrought over time. As the scene has some other duties to perform, I'm fairly certain they will be there for awhile. These two are going to get skunk dead drunk.

I need some more. Please. Drinks for girly girls and manly men. What are fun sounding alcoholic beverages?
Posted by Keziah Fenton at 2:17 PM 10 comments:

I decided that I need a ticking clock in this story. It's set over a four week period, actually a moon cycle. The goddess Inanna set the timeline and the challenge at the beginning of the book. Then I dropped her completely.

Last evening, I was staring at the ceiling, thinking hard about how to utilize Inanna and heighten the tension as the story advances. I'd just finished reading the latest Artemmis Fowl - The Lost Colony, in which the intrepid hero attempted to dismantle a bomb while the space/time continuum collapsed around him. That's a bit extreme for my story (extreme says the woman whose hero is fighting a demon on almost every page). Sunlight refracted through the window to play in the corner of the room. It was very pretty. Somehow it made me think of Alex's soul (I blame Harry Potter for that one).

The more I thought of it, the stronger the image grew of Alex's soul trapped in a clear sphere by Inanna and suspended in the corner of the room where he could watch its transformation. Once it reachs a certain stage, the demon will own his soul. I've been playing with it and really like the possibilities.

Originally it was a golden bird whose colours would fade, feathers drop and body shrink to a dried-out shell. But Alex is a creature of the water. He's not really a fish, he glides along the top rather than beneath the surface. I thought of a sea mammal but have yet to find the right one. I'm thinking something with long, colourful, fancy fins.

What kind of fish should his soul look like? If not a fish, which mammal is more at home in the sea than on the water? Giant river otters, while playful, are not dynamic enough in appearance for the visual I intended. It's not aquatic enough. Hmmm, maybe TFFKP could stand-in as Alex's soul. Tropical frogs are eye-popping in colour, especially the poisonous ones. 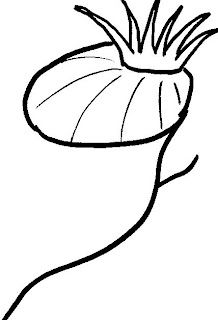 Cathy and I are having an unrelated-to-writing discussion over on her blog where she invited me to guest post. Most of the discussion is happening in the comments. It would be interesting to have another Canadian chime in as I feel incredibly weird speaking for an entire nation. Thank you and have a nice day :)
Posted by Keziah Fenton at 5:14 PM 2 comments:

I was running around Niagara Falls this past weekend. I tried to park as close to Alex's home as I could so that I could refresh my memory about background elements he deals with every day. It's vastly different in the summer from the winter but I snapped this picture quickly. I think he might launch his kayak from this spot.

It's hard to tell but the lip of the falls is right below the mist. The speed at which the river races towards the crest might be too quick for what I have in mind but it's fiction. I can manipulate the distance. But really thirty-seven degrees celcius is a far cry from the hypothermic conditions in which Alex is barely functioning. How do you empathize?
Posted by Keziah Fenton at 11:29 AM 4 comments:

There are days when words rattle around in my brain. Great words, like lexicon and value, and zephyr, but they never connect into sentences. Or fit into the context of my story. My brain plays with those words, twists and distorts them beyond meaning and sound into a jumble.

Those are the days I play with the dog. I toss him a ball, sometimes a word, and he runs off to fetch it. He can play that game for hours. It frees me from the endless reptition of word-twisting.

Sometimes I play on other blogs. Dogs and Goddesses is my new favourite as it combines beloved authors with dogs, Mesopotamia and words. Jenny has spent an inordinate amount of time researching Mesopotamian dog art. Of course I had to go look for Ky after that. Sure enough, this is what I found. 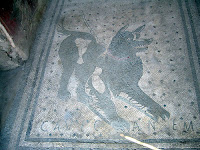 My darling boy ready to pounce on all the recalcitrant words that I can't organize into any sensible order. Perhaps because the zephyr is actually a vortex.
Posted by Keziah Fenton at 5:21 PM 1 comment: