I always wanted to be a dancer.  My mom used to load the stereo with 5 soundtrack LPs and we'd dance around the house while we cleaned. It was productive if not exactly efficient. I can remember re-enacting the Sharks vs Jets from West Side Story all by myself with hay bales standing in for the concrete jungle.  Alas, my ankles weren't built for that kind of movement.

I went to art school for three years. Our focus was oil painting but I loved the soft flowing lines of watercolours. A couple of my pencil sketches won first prize at the local art show but there are days when I can't even draw a stick figure. It's a fickle medium for me.  How does the talent disappear suddenly one day only to reappear several years later?  I couldn't count on it to make a living.

So I turned to photography. Cinematography actually. I aced all of the photography courses but somehow still got shuffled into "female" production roles. I'm a good organizer and wasn't afraid to keep everyone in line and on deadline. Every once in a while I'd manage to sneak in a few shoots operating the camera but less often than I would have preferred.

I wrote all the time. I may possibly have been born with a pencil in my hand. I wrote stories about my paintings, narrative for the films and built worlds around photographs. I wrote short stories, plays and eventually novels.One day I decided to focus more on the words than the pictures.

There's been an internal shift the last couple of years. I've continued to write ( notes and scenes on the sweater book still pepper my desk) but it's lost a lot of its joy. I've lost my joy.  Stuff has happened and I'm not shaking it off the way I used to do when I was lo so much younger.  Nothing earth shattering ,just a mild erosion that I only started to notice when my toes were dangling off the edge of the cliff.

I'm taking a few steps back. Allowing my creativity to flow in other forms. I still think like a writer. I still take notes and make observations. Narrative runs through my head constantly. I'm just not wrestling any of it into a defined format.

I'm allowed to do this. I don't have a contract. I don't have a deadline.  The only goal I have write now is to breathe - slowly, surely and repeatedly.  Once I'm centered and secure, I'll give all that creativity a form and let it loose again on the world.

In the meantime, you might be stuck with random thoughts, a few photos and who knows, perhaps even a sketch or two.  Enjoy 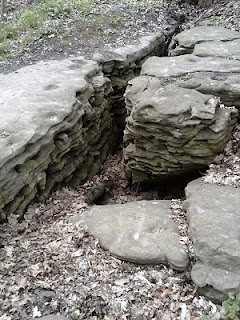